Two members from VOST Victoria attended the Connection! 2014 event held at the Australian Emergency Management Institute (AEMI) on 16th and 17th July - Daniel and Brad.
Daniel attended the Masterclass on the 16th as well as the forum on the 17th. 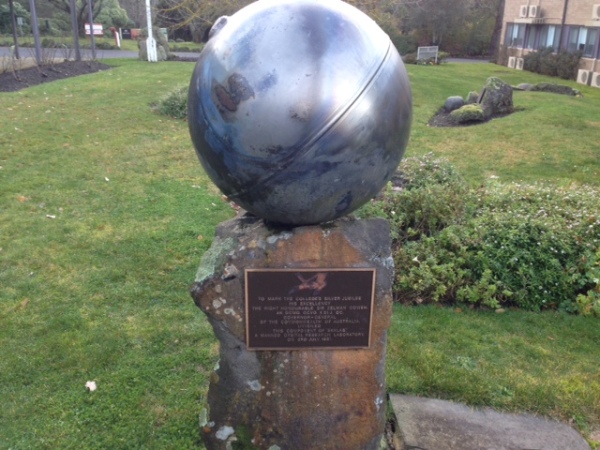 Craig Lapsley spoke about a number of things, particularly using existing networks in communities.
Craig Thomler from Delib Australia also had some interesting points. With social media, it is much easier for agencies to marshal support and gather intelligence. For instance, they could ask for photos of an incident and end up with a hundred photos.
Kym Charlton from QPS Media spoke about their role in the QLD Floods, and how they managed to increase their effectiveness dramatically.
Mia Garlick from Facebook spoke about the platform and how it has been used during large emergencies. A key example was the Blue Mountains fires in NSW, where Facebook was used significantly amongst the community to share information. She spoke at length about the newly introduced Facebook Newsfeed algorithms. TechCrunch has a good article about it here: http://techcrunch.com/2014/04/03/the-filtered-feed-problem

Mia was quite emphatic that mobile use of social media is on the increase, and we need to be mobile-friendly!
Day two - Social media forum:
First speaker was Craig Thomler from Delib Australia who gave us some brilliant insights, like the fact that 94% of Australians are on Facebook, and 22% on Twitter.
He was followed by a brilliant presentation from Darren Whitelaw, from Department of Premier and Cabinet, Victoria, which got everyone thinking. He talked about the social media evolution in the emergency management sector.
Then we had a presentation from Danny Keens, who is from Twitter Australia. He talked about Twitter, and showed us a cool new trick to upload pics and tag them at the same time.
The next speaker was Caz Milligan (VOST NZ), who talked about International experience of Virtual Operations Support Teams (VOST). Caz promoted VOST Victoria and is a great ambassador for VOST. She clearly demonstrated how VOST can help emergency organisations manage social media.
Martin Anderson (CFA) was up next, and he's wonderful to listen to. Some of the stuff he showed us included data from our job notes from the Hazelwood mine fire. Martin talked about the growing role of social media in emergency management. He suggested that social media is just 'business as usual'.
Then we heard about community engagement from Michael Turnley from the Red Cross. His presentation was sobering, and dealt with some pretty heavy issues surrounding catastrophe.
After lunch, we saw a really interesting presentation from 26 year old Jason Pemberton, from YouTHink Ventures, New Zealand. He was fascinating and took us through a case study of how they mobilised volunteers to help clean up after the Christchurch earthquake.
Jason was followed by Mel Irons, from Tassie Fires We Can Help Facebook page. Mel had so much to tell us in so little time that we rushed through her presentation, and the slides with statistics were fascinating. She talked about how this kind of page evolves, and how to harness the massive amount of volunteers that appear to help in a disaster.
Then we had a panel session where three of the presenters, convened by Darren Whitelaw and Craig Thomler, answered a heap of written questions submitted by participants.
Darren Whitelaw then did a summary of the presentations, and closed the forum.

The event was very successful, and the quality of the presentations was very high. Daniel and Brad both agree that the most valuable part of the conference was the networking we were able to achieve with others in the emergency management sector. We just can't do this kind of networking without physically meeting people, and it can't be replicated virtually, or we would already be doing it.

The facilities at AEMI are world-class. A high standard of IT support was required at such a cutting-edge event. The staff were incredible, and always smiling. The venue was heated but it was so cold outside at Mt Macedon that we even had a little snow! We can't afford to lose this precious institute, and VOST Victoria will be proactive in fighting to reverse recent budget cuts, which will affect us dramatically. there are no alternatives venues for people such as ourselves.

Our thanks to the team at the Australian Emergency Management Institute for treating us like VIPs. We're certainly looking forward to the next Connection! event.
You can find tweets from the event by searching '#AEMICX14' on Twitter.
twitter social-media facebook aemi connection-2014 emergency-management