Snapshot of Hazelwood Inquiry Twitter Traffic
16th June 2014
A quick look at some statistics regarding the Twitter traffic we've captured in our TAGS Archive about the Hazelwood Inquiry since 22nd May 2014. Public hearings began on 26th May. 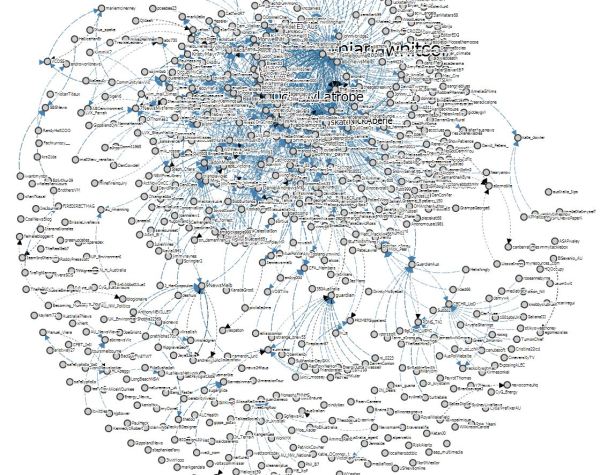 There's been a staggering amount of traffic!
Some statistics to Monday 16th June 2014: 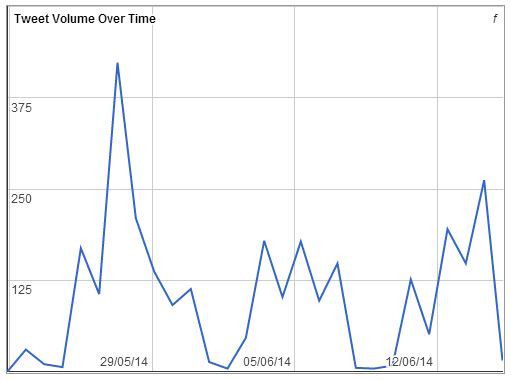 Mainstream-media is strongly represented in the top tweeters. Many journalists live-tweeted the Inquiry hearings - some for only a single day, but some (eg.@rhianawhitson) covering nearly every day. Top tweeter was @OccupyLatrobe with 329 tweets. 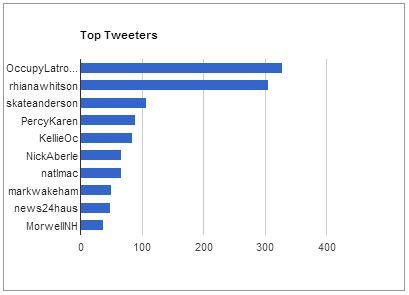 Special mention must be made of @MorwellNH (Morwell Neighbourhood House) who have made audio recordings of the Hazelwood Inquiry Hearings available.
Anyone wishing to access the archive should Contact Us. Archive access is free.
A special thankyou to @mhawksey (Martin Hawksey).
Posted by Brad Lemon.
twitter media social-media statistics hazelwood-inquiry tags-archive